I was doing some calculations and discovered that my two banks of halogen landscape lighting was over 300 watts.  They average about 7 hours an evening (6 hours in the Summer and 8 hours in the Winter), so at 12c a kilowatt hour, that is over $90 a year in electricity just to power my outdoor lighting.

I have a total of fifteen 20watt halogen bulbs, and prices are just now getting to the point that LED is becoming viable.  Lowe's has replacement LED MR16 bulbs for about $20 and that is just still too high for a decent payback interval.

Doing some research on Amazon, I found some 3 watt MR16 LED lighting for $3.55 each.  Not bad, since the halogen bulbs retail for over $7 at Lowe's.  A quick calculation showed a payback time in under four months, which not only includes savings on electricity, but reduced replacement costs from halogens that don't last as long as LED.  The halogens seem to last a couple years or more, but the LEDs may last for 10+ (only time will tell on that one.)

You can do your own ROI (return on investment) calculations at this website getgreen.net.

So I ordered up the replacements, and installed them today.  Swapping them out only takes about sixty seconds each to remove the glass cover, remove the halogen, slip in the LED into the bayonet fitting, and replace the glass covers.  Couldn't be easier, and the savings will be $180 a year in total savings on electricity and replacement costs.  Or, as the federal government would say to drive home the point: "$1800 in savings over the next ten years." 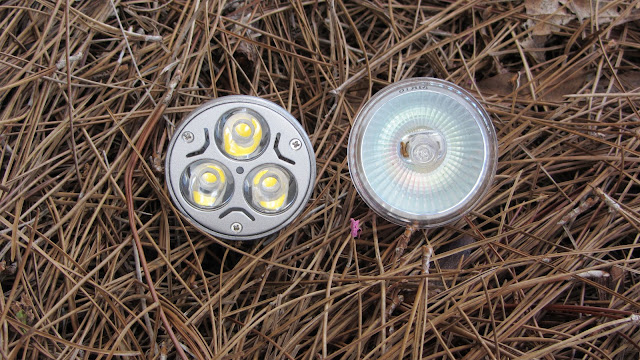 The LED is on the left, and the old halogen bulb on the right. 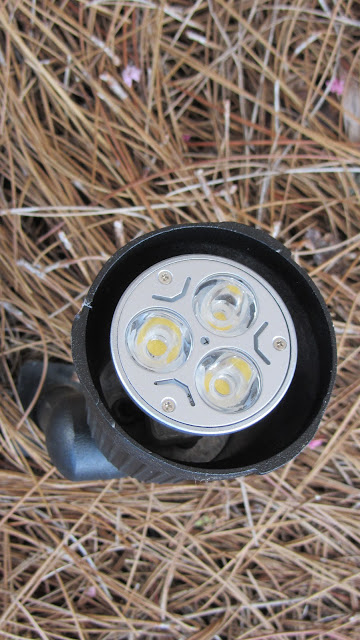 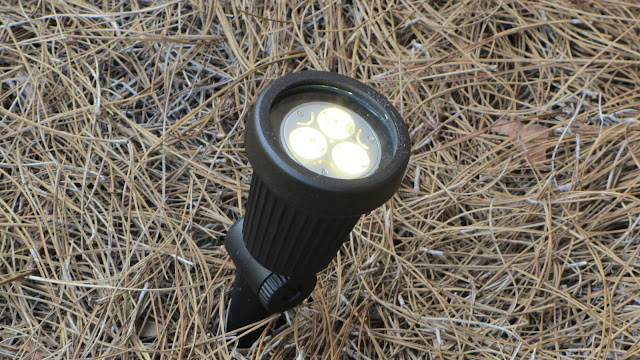