I bought a Lite-On LVW-5005 DVD recorder off of Okinawa Yard Sales.com for cheap: only $20, and that included the remote. Refurbished units with new DVD-writers go for top dollar on e-Bay. It's hard to get DVD-recorders anymore... very few manufacturers even make them due to increasing cable-tv DVR use, and declining sales. But, for those of us with a satellite dish, it's critical for recording, without having to use bulky, messy VCR tapes. The unit has some nice features, including built-in cable/antenna tuner, component out and ability to play JPEG picture discs, as well as audio compact discs and MP3 music discs.

Well, the thing had it's problems right after I bought it...it only would record to CD-RW's for a week, and not DVD-R or RWs. Then it just fizzled out. It stopped initializing discs of any flavor. With American Idol and "24" in high gear, and the wife working some evenings... this was full panic mode, with marital bliss and my tech reputation on the line.

So, the internet search went into high gear, where I learned that the units were known to be plagued by weak factory DVD-writer lasers, and would poop out after a few hundred hours of burning.
Fortunately, forum users have had luck replacing the DVD+/-RW drives with off-the-shelf DVD writers. The downside is that most of the online information was four or more years old, and the recommended drive list included drives that were no longer available. Most of the best forum help is on http://club.myce.com/f102/ .

I tried a few DVD-writers lying around the parts bin in the house or in unused computer towers, and no joy. I went to the Air Force exchange electronics area (The "Powerzone"), and found the I/O Magic Lightscribe 22x DVD+/-R/RW dual format double layer writer. Model # IDVD22DLS, made by Lite-On (rebrandedIHAP422 DVD writer).

After removing the old drive, I ended up removing the new writer's front face plate, drawer cover, and the bottom metal cover. It rested easily upon the mounting posts of the original case and I ended up gluing it into place. After re-fitting the top case cover, and with the IDE and power cords bolstering it in the rear, it doesn't move when the unit is re-positioned. Some of the forums talk about drilling some holes in the case and zip-tying the replacement drives in more firmly, to avoid any possibility of jostling loose from rough handling of the unit.

Well, time to test the whole she-bang. I slipped in a Memorex CD-R and it didn't work. Bummer. But, I was really only hoping for DVD burning, so I tried some DVD-R disks I had in great supply: Imagine 8x and Maxell 16x's. Both a bust, they were recognized properly as DVD R, but no reliable recording past about one frame of video, and then wouldn't play back.

I had a pack of ten Pengo DVD+RW discs, and Voila!, they initialized and recorded fine. Even a few test timed recordings starter, recorded, and ended without a problem. Whew! Finally, a winner disk. Fortunately, I have a ten pack, (they sell them at the Base Exchanges here on Okinawa). The nice thing about the DVD+RW discs is that after watching the show, you can just erase the disk...so actually no need to replace the disc at all. The LVW-5005 can record in 1hr, 2hr, 4hr or 6hr quality. The 4-hr mode gives an adequate SD quality with stereo, and has quick 16x fast-forward capability with a visible image, so you know when to hit "play".

Hope this helps you repair your own unit, if you found this post through a google search for "broken LVW-5005" or "repair LVW-5005". 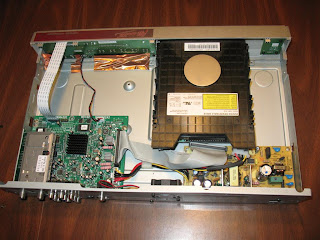 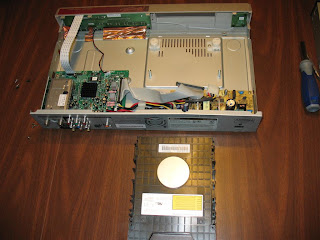 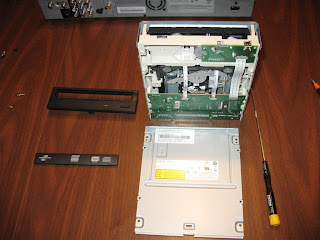 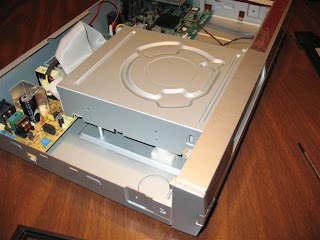 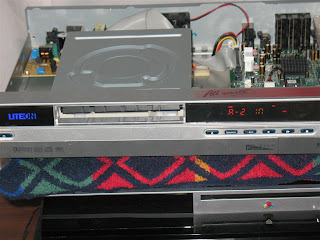 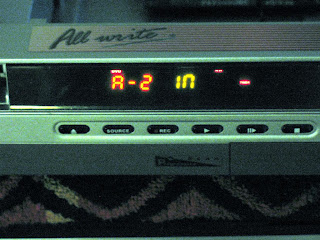 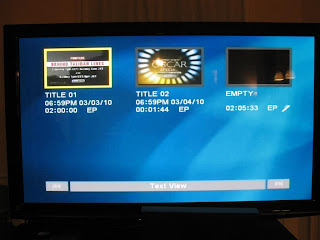