After I was hit in the left fender a year ago, the latch has not really worked well... but it's probably too late to complain now. So... I ordered a new one, and gave the install a go today. Lubed up the underhood cable, too, while I was under there.
Total time about 30 minutes, which also included taking pictures.
Geek out,
Matt 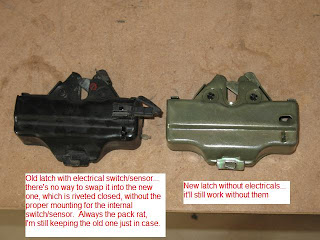 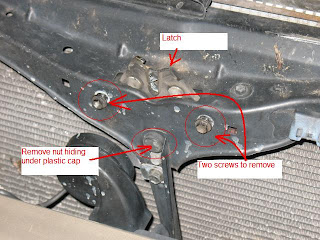 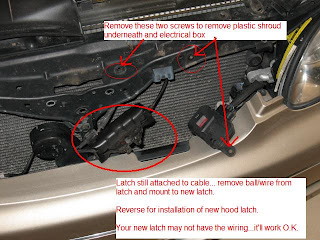